Tuacahn shows are by far one of the most popular activities here in St. George. Which isn’t surprising as they are absolutely amazing and a blast to go to. New shows come out each year and run for that year then when a new year starts a new set of shows get released. This year’s shows have been some of the best according to several reviews. 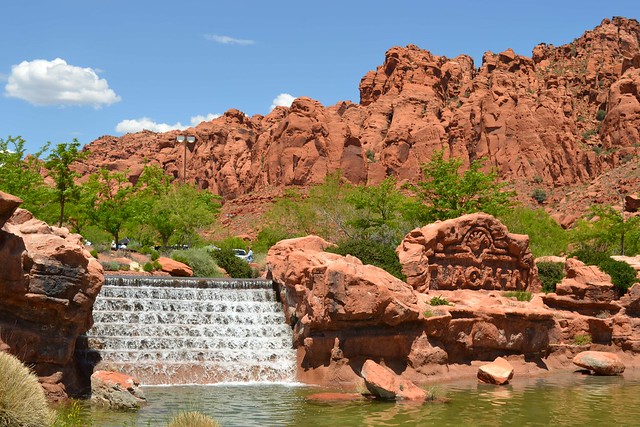 The shows running this year are family friendly Disney classics. Peter Pan, Tarzan and The Hunchback Of Notre Dame. Tarzan has been to Tuacahn before but was brought back to the amphitheater by popular demand! No matter what show you choose to see, or if you choose to go to all of them, we are certain you will not be disappointed!

According to several blogs and reviews, Tuacahn’s Tarzan performance has stolen the hearts of many locals and visitors alike. The show is full of amazing choreography and the stage set up is above and beyond amazing. Part of the show even has one of Tuacahn’s famous effects of flooding the stage with water. From what we have heard, Tuacahn has really outdone themselves with this year’s set of shows.

Be amazed and awed as you watch the stage transform in the magical world of Neverland during the Peter Pan classic. Another Disney family favorite is brought to Tuacahn. The theatre is known for bringing in Broadway classics and boy, are we happy they do! Take a trip with Wendy, Peter, Tinkerbell and the lost boys as they travel through Neverland and get ready to see some serious action when Pan confronts Hook on stage.

The classic Hunchback Of Notre Dame will take you through some ups and downs with its inspirational and heart wrenching story line. Reviews are raving over the show and how well the actors and actresses were able to step into their roles so well and really captivate the audience.

With Halloween approaching and fall coming into season, we are very excited to see what this year’s “Thriller” brings to the table! Thriller plays at Tuacahn each year during the month of October, and we swear, no matter how many times you’ve seen it, it never gets old. It’s witty, funny, scary and everything a Halloween special should be and more!

Be sure to order your tickets in advance so save your seat and go and enjoy some of the best shows in Utah.